THE TOUR
Tracy Chapman embarked on a worldwide tour in October 2005, just after the release of her 7th album “Where You Live”, 12 concerts in small venues in the US and 28 dates in Europe in larger venues. Tracy came back in Europe for 29 others concerts, she played at summer festivals for the second time of her career (after the Matters of The Heart tour in 1992) and gave unforgettable concerts into as famous festivals as the Montreux Jazz Festival, North Sea Jazz Festival, Paleo Festival, Les Vieilles Charrues… The Where You Live Summer tour was also the occasion to play in Russia and Poland for the very first time.

PHOTOS of the Winter tour 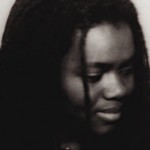 PHOTOS of the Summer tour

233
shares
FacebookTwitter
where you live tour