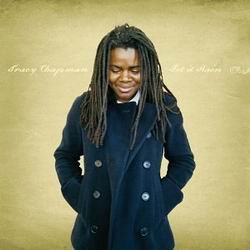 Order Let It Rain from Amazon.com 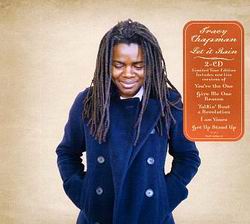 A special edition of Let It Rain (double CD) released in France on February 11, 2003 (on Feb 07 in Italy : the original album is packed with a bonus CD with 5 live songs recorded on November 02, 2002 in Berlin at the Traenenpalast for the French/German TV show Music Planet 2night on Arte. This particular edition is wrapped in a special cover with European tour dates printed on the back. It was only available on sale from February 04 until april 22 2003.

TRACKLISTING OF THE BONUS CD FROM THE TOUR EDITION 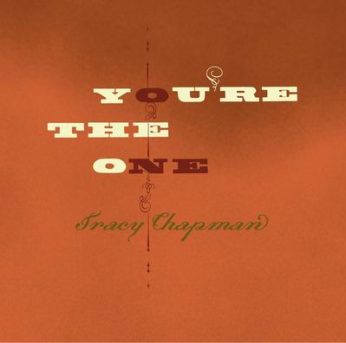 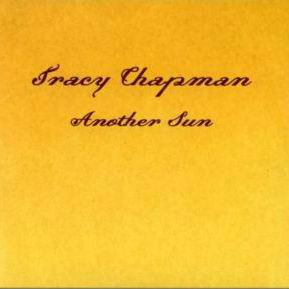 MUCH APPRECIATION TO Sylvia Rhone

DESIGN OF THE CD COVER / BOOKLET 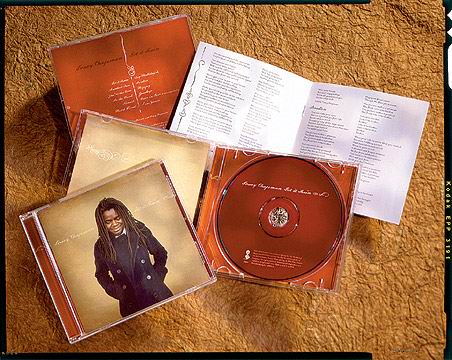 MADISON, Wis. — Planet Propaganda was selected by singer/songwriter Tracy Chapman and Elektra Records to design the packaging for the new CD “Let It Rain” which launches nationwide on October 14th. The Madison-based communication company is no stranger to CD package designs having received a Grammy nomination for Madison jazz artist Ben Sidran’s CD “The Concert for Garcia Lorca” in 2001.

To get a feel for the music and direction of Chapman’s cover, Planet Principal / Creative Director Kevin Wade flew out to San Francisco to spend time with the musical artist in the studio. The new CD has a textural quality born from her methodical dedication to the songwriting process and collaboration of artists from gospel singers to a keyboardist with an eclectic collection of vintage keyboards.

Wade and Milwaukee photographer Jim Herrington returned to San Francisco a second time for a photo shoot set in a former police station in the city’s Mission District. The resulting CD design features a very personal, singular composition of Chapman which reflects her shy but intense nature.

When Tracy Chapman burst onto the scene in 1988, her stunning debut, featuring “Fast Car” and “Talkin’ Bout a Revolution,” was an intelligent, pared-down folk oasis in a sea of synthesized dance music.

Chapman established herself as an angry young protest singer, but now, at 38, it’s clear she’s in love, and politics seems to have taken a back seat.

Her sixth and latest release, “Let It Rain,” is full of soft, romantic ballads such as “In the Dark,” “Almost” and “You’re the One.” They’re all classic Chapman – brooding lyrics, rich vocals and understated melodies.

“Hard Wired” is the only track that even touches on political themes: “We’ve got a box to put in your brain/ Hard wired for downloading/ All the secrets and mysteries/ You’ve been selfishly withholding.

Having sought universal change in the 1980s, Tracy Chapman has started to explore her personal inadequacies. The soft-centred sloganeering is replaced by lovelorn whispers, the youthful confidence mellowing to shy introspection. Wisely, she has chosen John Parish – PJ Harvey’s producer – to bring an edgy sheen to these acoustic songs; he makes the most of Chapman’s warm voice and slow-dripping emotion.

Another Sun, full of gorgeous gospel harmonies, is a sultry acceptance of death, while You’re the One bristles with affection and nagging voices of dissent. Strangest of all is In the Dark, a nun-like tussle with self-denial. “Forbid the kiss/And leave us innocent/Of the things some do in the dark,” she sings, her voice trembling with repressed desire. With spirituality and sadness joining forces in each carefully observed lyric, Chapman no longer needs a political conscience to be credible.

Though the first flush of her career is well behind her, a substantial level of interest in Tracy Chapman endures. The retrospective compilation Collection was one of last year’s surprise successes, shifting more than 350,000 copies in the UK, an achievement that the accomplished Let It Rain deserves to emulate. Her sixth album, it’s co-produced by John Parish, whose subtle arrangements provide shading and emphasis for Chapman’s songs without crowding them, leaving centre-stage free for her distinctive voice. Surrounding her acoustic guitar with faint touches of roots-music instruments such as banjo, dobro, steel guitar and accordion, along with occasional strings and vibes, the settings work with the material, led by it rather than forcing it in inappropriate directions. As ever with Chapman, it’s the lyrics that are most striking, whether she’s dealing with desire and sexual curiosity (“You’re the One”, “Happy”, “In the Dark”), death (“Another Sun”, “Say Hallelujah”) or, in “Broken”, the cultural dominance of photography: “A framed and frozen moment/ So far from perfection/ Not truth or transcendence/ Will set you free.” The strongest political sentiment is probably contained in “Hard Wired”, a song about the humiliations of reality TV, and the way that medium seeks to manipulate “all the secrets and the mysteries you’ve been selfishly withholding”, turning them into “sit-com dialogue and advertising slogans”. But she’s just as effective in analysing the smaller-scale humiliations of being dumped in “Goodbye”, noting how “It’s all in the one word/ You hope will make you young again/ Goodbye.”

Fifteen years on from talkin’ bout a revolution Tracy Chapman returns with her sixth album – and nothing’s changed.

Tracy began singing in coffee houses and the streets surrounding Harvard Square whilst attending Tufts University, where she read Anthropology.

Her first album, Tracy Chapman, made her a star. It still makes appearances on album charts worldwide.

All the tracks are written by Tracy Chapman, co-produced by Tracy Chapman – You’ll find her name under credits for playing acoustic guitar, clarinet, backing vocals, bass, hand claps, electric guitar – What doesn’t she do? (Answer: Her name’s not against the accordion credit.)

The singer-songwriter that produced Fast Car, Baby Can I Hold You and Talkin’ Bout Revolution hasn’t lost any of her talent – but maybe some of her accessibility.

There’s hope. Track three : You’re The One – even if others ‘say you’re bitter, think you’re mean, uncouth, untamed and unrestrained.’

It’s refreshing to have an artist who’s music is very much her own, not the market fashion.

Music and songwriting with depth and feeling.

Even reading the words of her songs is like reading from a poetry book.

Pour yourself a measure, turn the lights down low, sit back… and listen.