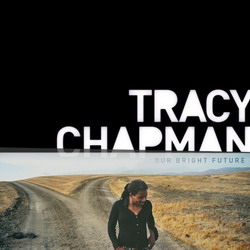 Listen to Our Bright Future in streaming:

Order Our Bright Future from Amazon.com 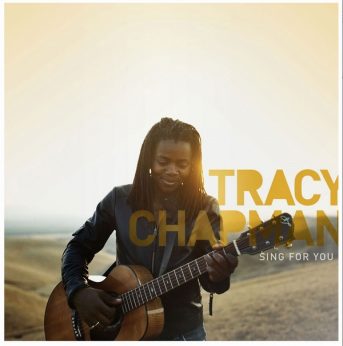 Sing For You, single released in September 2008 from Our Bright Future album 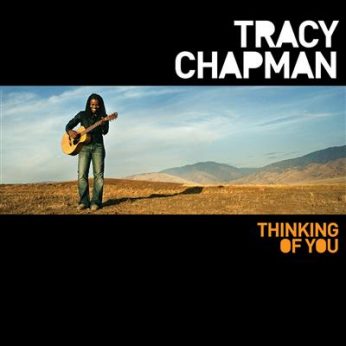 Thinking Of You, , single released in May 2009 from Our Bright Future album

Sing For You is the first single from Our Bright Future: Listen to Sing For You on the Official MySpace or Download the MP3 on Amazon.com

Recorded this summer 2008 in LA, Our Bright Future comprises 11 new songs written by Tracy and co-produced with Larry Klein.

Many thanks to all the wonderful musicians who played on the record and to Craig Kallman, Matthew Rankin, Gretchen Thomas, Dane Venable and everyone at Atlantic Records.
Special thanks to all my fans, the Fuzzbox crew and to Jared Miller for his recording and engineering assistance.
I am grateful for the support of Henson Recording Studio, Bernie Grundman Mastering, Cutting Edge Audio, Real Guitars, Gryphon Stringed Instruments and everyone who helped make this record possible. 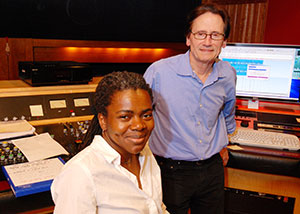 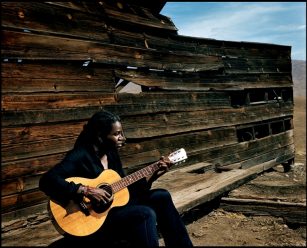 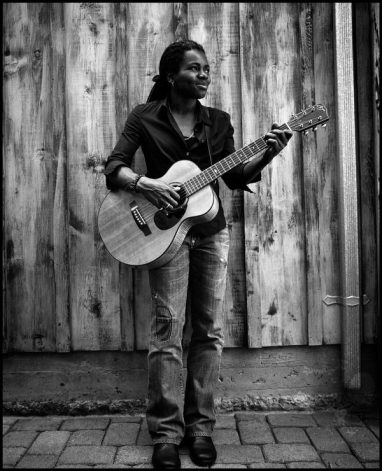 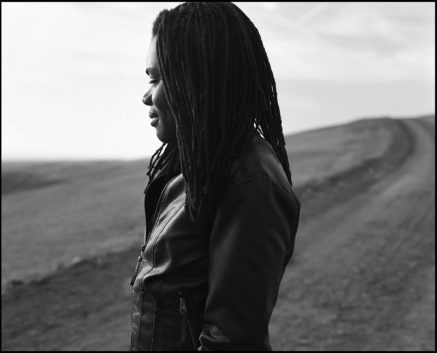 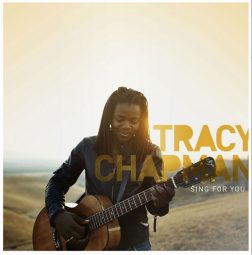 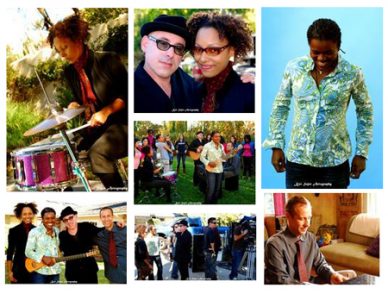 Video shoot for “Sing For You” 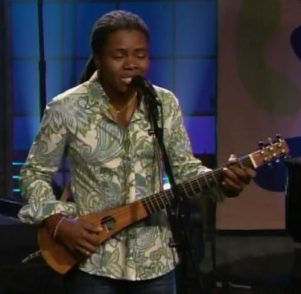 Tracy Chapman singing “Sing For You” at the Jay Leno show on November 5, 2008

On “Sing For You,” the upbeat opening track of Our Bright Future, Tracy Chapman – now marking her 20th year as a recording artist – briefly yet fondly looks back at the way music has shaped her life. Throughout most of her eighth studio album, however, Chapman remains very much rooted in the present, addressing political and/or social conflicts in the world as well as private skirmishes of the heart. She gracefully melds simple, small-band arrangements with powerful universal emotions, and over the course of eleven songs reveals layers of meaning, both troubling and hopeful, in the album title she has chosen.

While making her last album, 2005’s Where You Live, Chapman remained in her adopted home of San Francisco, creating an ad-hoc studio out of a rehearsal space. This time, she spent two months in Los Angeles with co-producer Larry Klein and a multi-generational crew of sought-after session players, recording at Henson Studios on the storied lot once owned by Charlie Chaplin and later A&M Records. It was an auspicious locale for Chapman at this milestone juncture in her career: the lot, where Chapman previously made her 1992 album, Matters of the Heart, now houses production suites and studios for many artists whom she has worked with or encountered over the last two decades. As she recalls, “It was as if I were taking my turn on This Is Your Life. Around every corner was someone that I knew in some way.”

In fact, Klein, a 2007 Album of the Year Grammy recipient for his co-production of Herbie Hancock’s River: The Joni Letters, had played bass on Chapman’s debut disc as well as its follow-up, Crossroads, and subsequent efforts. Chapman says, “He’s a great musician and he’s also very funny, which is something I had always remembered. From years of being in the studio, I’ve come to understand that the process is as important as the result. I wanted to have fun making this record, and it’s always good to have someone who will find the humor in a situation when you have a moment of stress, and who can give everyone some perspective. Larry and I always got along that way.”

Klein persuaded keyboardist Larry Goldings (John Mayer, Madeleine Peyroux) and drummer Steve Gadd (David Sanborn, Paul Simon) to play on the sessions after he learned that the pair was about to go on a break from touring with James Taylor. Joining them was veteran guitarist Dean Parks (Michael Jackson, B.B. King). Performing on other tracks were drummer Joey Waronker (Beck, Nelly Furtado), keyboardist Rob Burger (Norah Jones, Rufus Wainwright), and guitarist Joe Gore (Tom Waits, PJ Harvey, the Eels). In effect, Chapman had the opportunity to collaborate, mostly live in the studio, with two distinct “bands” – the veteran session men in one, the younger guys in another – with both combos anchored by Klein on bass. Despite the varied line-ups, the result is a single, harmonious sound. A subtly soulful groove underpins just about everything, and on “A Theory,” there’s even a hint of countrified twang.

For longtime fans, “Sing For You” may evoke memories of the first time they heard Chapman’s riveting, forthright voice back in 1988 – when she appeared seemingly out of nowhere to shake up the radio airwaves and MTV with her storytelling prowess, inspiring a modern revival of the socially conscious, singer-songwriter movement. For Chapman herself, she’s reaching even farther back on the song, channeling something deeper, more all-encompassing: “People have asked, who is it for, who were you singing to? For me, I was remembering so many different occasions, either when someone sang for me or I was singing – maybe to the songs on the radio with my friends or my sister, or singing in the car, or being at a party dancing. It could be a about a parent singing to a child. All those things came to mind.”

Other tracks may also seem intriguingly autobiographical, but Chapman is always aiming for a larger point, a common connection with her listeners. On “Thinking Of You,” she envisions someone befuddled by the irrationality of “obsessive, unrequited love”: “I imagined a scientist who had this problem and was forced to figure out a way to bear it, and all of these scientific ideas came to mind that this character might use in describing his predicament.” The world must be flat, he forlornly decrees, otherwise his lover would have come back around to him. More tongue-in-cheek is the woozy cabaret jazz of “I Did It All,” which takes an amused look at the culture of self-exposure, as a cocktail-addled character tries to engage someone in the story of her not-quite-outrageous-enough life.

Survival is a prominent – and poignant – theme on Our Bright Future. “For A Dream” deals movingly with an unnamed family tragedy. It’s less about the circumstance of what occurred than the will of the narrator to move on: “I never state in any obvious way what has happened in this family; it’s alluded to as being something tragic. This character, rather than being broken by it, is trying to sort through it and come to a place where he or she can carry on and bear it, questioning or acknowledging what happened but being able to move on, to survive.” On “The Last Person on Earth,” the narrator finds him or herself alone and seemingly abandoned while life-threatening waters rise all around. “It was inspired in part by hurricane Katrina,” says Chapman. “Everyone saw what was happening in New Orleans; people were left to fend for themselves in a time of great need and crisis.”

“Something To See (No More War)” somewhat wistfully contrasts the world as it is with the world as it could be. Chapman first imagined the arrangement as more of an anthemic rocker, but the final track has a gentler, though no less compelling feel: “I can’t remember which take it was, but we were playing and it just felt right. Whatever I had in my head was still there, but I realized we had made a version of the song that felt like it helped express the sentiment and the lyrics more fully. Though we never had it in mind at the time, it reminds me of the Staples Singers. I always loved the Staples, the sound and the feel of their records; they really drew you in, engaged you, with the tone of their songs. After living with the track a bit I realized it was the right way to go musically. There’s nothing about it I would change. It’s kind of a quiet plea or prayer.”

After completing the album, Chapman prepared to leave for Europe on her first solo tour in a decade. Commanding a stage entirely on her own reminds us why we were so immediately drawn to her 20 years ago. Our Bright Future – with its questions and challenges, as well as its hopes for better times ahead – illustrates why we always return.

Beginning twenty years ago with the release of her eponymous debut, Tracy Chapman has created a body of work that has been as consistently compelling as it is honest and uncompromising, eloquently telling stories with perennial appeal that are at once personal and universaOur Bright Future will be released on November 11, 2008. Recorded this summer in Los Angeles with Larry Klein (Herbie Hancock, Joni Mitchell, Madeleine Peyroux), the album comprises 11 new songs written by Tracy. Our Bright Future is Tracy’s eighth studio album and her first since 2005’s acclaimed Where You Live.

Our Bright Future marks the latest stop in a musical journey that began in 1988 with the release of Tracy Chapman. The multi-platinum debut earned three Grammy Awards and featured the classic singles ‘Fast Car’, ‘Talkin’ Bout A Revolution’ and ‘Baby Can I Hold You’. It went on to become one of the most successful debuts of all time, selling more than 18 million copies worldwide. To this day, it still makes regular appearances on album charts around the world, and in the UK it is the most successful album by a female artist in chart history, having spent almost 200 weeks on the chart.

Impervious to trends, Tracy has commendably stayed her musical course, earning the approbation of fans, critics and peers for her subsequent albums: 1989’s multi-platinum Crossroads, 1992’s Matters Of The Heart, 1995’s multi-platinum New Beginning (which featured the Grammy-winning single ‘Give Me One Reason’), 2000’s platinum Telling Stories, 2001’s multi-platinum Collection, 2002’s platinum Let It Rain, and 2005’s Where You Live.

To coincide with the release of Our Bright Future Tracy will begin a solo tour of Europe in November. The dates mark Tracy’s first solo tour in over a decade and will give audiences a rare chance to hear the work of this truly individual musician’s celebrated 20-year career performed in an intimate and memorable way.