THE EVENT
The year 1988 marked the 40th anniversary of the signing of the Universal Declaration of Human Rights. The aim of the Concerts for Human Rights Foundation World Tour, featuring performances by Tracy Chapman, Bruce Springsteen, Sting, Peter Gabriel and Youssou N’Dour at venues in 19 cities from London to Buenos Aires, was to raise world consciousness of humn rights and of the plight of political prisoners world-wide. 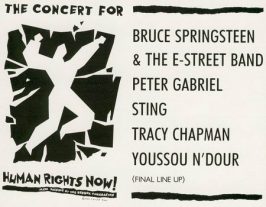 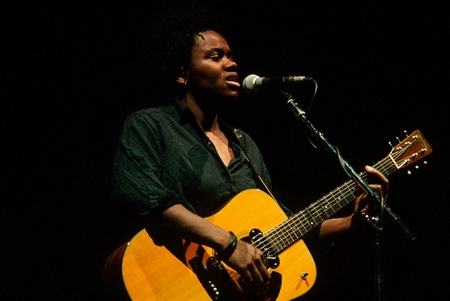 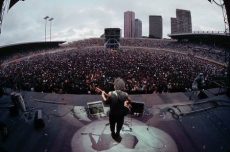 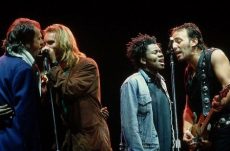 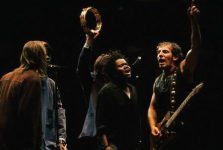 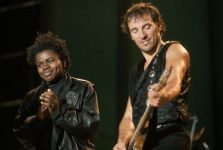 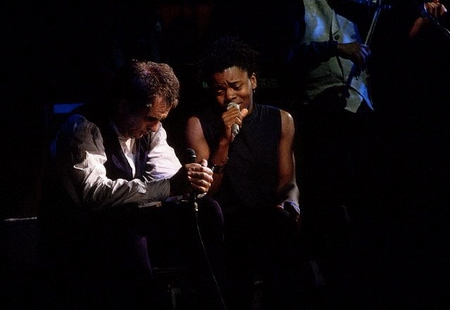 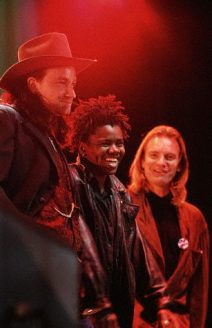 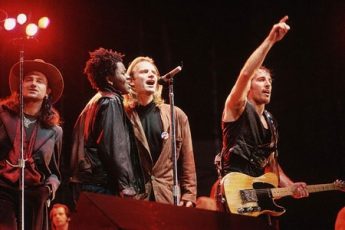 21 Sep 1988, Los Angeles, California, USA -The members of the “Human Rights Now!” world tour sing together in a row at the Los Angeles show. From left, special L.A. guest Bono, of U2, Tracy Chapman, Sting, and Bruce Springsteen. © Henry Diltz/CORBIS 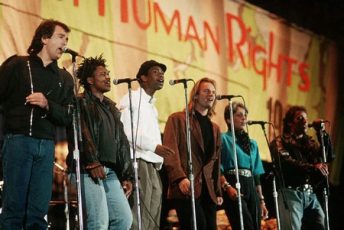 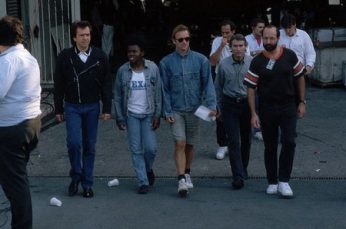 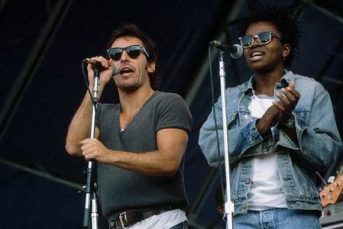 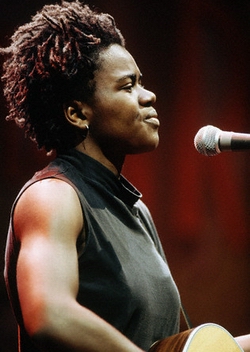 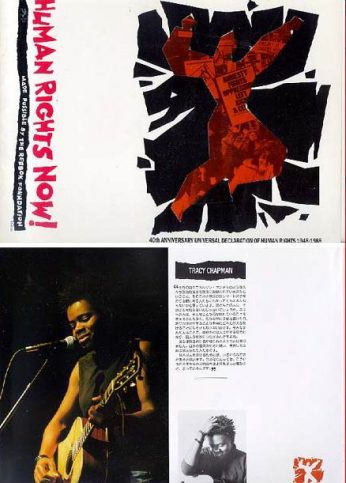 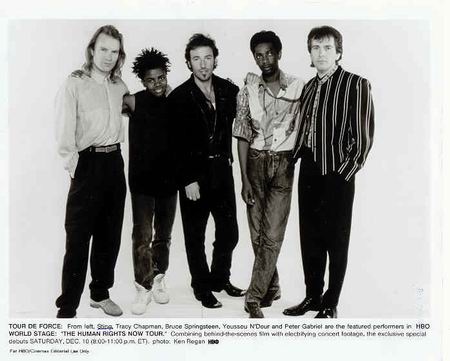 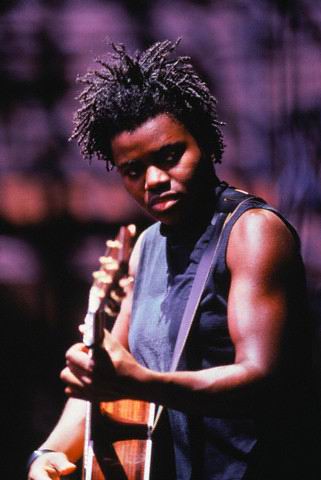 Tracy Chapman, talkin’bout Amnesty and the Human Rights Now Tour: « Like Nelson Mandela, all over the world people are in prison for their political beliefs. I think mostly, people are unaware of that. They don’t think it exists and this is where, maybe this tour is gonna help because they don’t understand really how much simply writing letters and calling people does. Y’know, it really put pressure on government officials to do what they can to let these people out.

They’re not necessarily individuals who have been politically known, they’re just people out there fighting for what they believe in or voicing their opinion and they end up in jail.

There’s lots of ways that an individual can try and help people and the position that I’m right now, I think I can do a lot more by doing these kind of things that I could, maybe, in some other situation. » – From Official Human Rights Now ! Tour book, 1988

« I think that Amnesty International, as an organization, does good work, and one of the reasons I got involved in this tour is because I think it’s important that people be made aware of what Amnesty does, the kinds of concerns that the organization has, and the kinds of things it is accomplishing by making human rights violation known to people throughout the world. »

« As a black American, and an American in general, I have a real interest in the quality of people ‘s lives in the United States, and that’s reflected in my music. As a country, we tend to look outside instead of looking inside when it comes to human rights ; people don’t see the United States in the same way that they see other countries. But we clearly violate people’s human rights in the States. And maybe this tour will have caused some people, particularly in America, to re-examine their own lives and to see in what ways people are suffering and in what ways they made be able to help. »

« I also hope this tour will have encouraged people from all over to get involved. I hope it will have raised people’s consciousness around the world, and maybe it will have put some pressure on governments to make changes for the people. »

« The really wonderful thing about this tour is that as far as communicating to people is concerned, music is universal. Even if you don’t understand the words to a song, you can feel the rhythm of it. You can appropriate the melody. And from those things you can get a sense of the emotions behind a song. »

« This tour was the chance of a lifetime –to have performed in the places we performed in and, on top of that, to have it all mean something too. » – From Human Rights Now ! The Official Book Of The Concerts For Human Rights Foundation World Tour, Text by James Henke. Bloomsbury, 1988. p.24.