On December 5th, 2013 we lost Nelson Mandela one of the greatest men who changed the world. His legacy will remain forever as long as we don’t forget what he taught us. Since this blog is dedicated to Tracy Chapman we decided to recall him through the singer who often paid tributes to him.

Tracy Chapman loved and supported Nelson Mandela, Nelson Mandela loved Tracy Chapman’s music and appreciated her. The two met in 1990 at the Free South Africa concert. But Tracy Chapman didn’t wait 1990 nor even 1988 to gave him support: in fact when she was still a student at Tufts University Tracy performed at an Anti-Apartheid concert organised by Brian Koppelman… the student who’d introduce her to his father, Charles Koppelman, the K of SBK…

Nelson Mandela and Tracy Chapman met several times, both of them talked about each other with lots of respects and love. 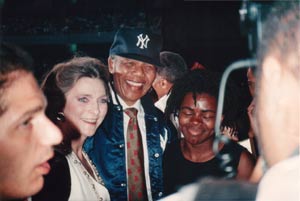 When Nelson Mandela attended the Free South Africa show  in 1990, he really wanted to see Tracy performed as he recalls in his book “Conversation with myself” (2010): 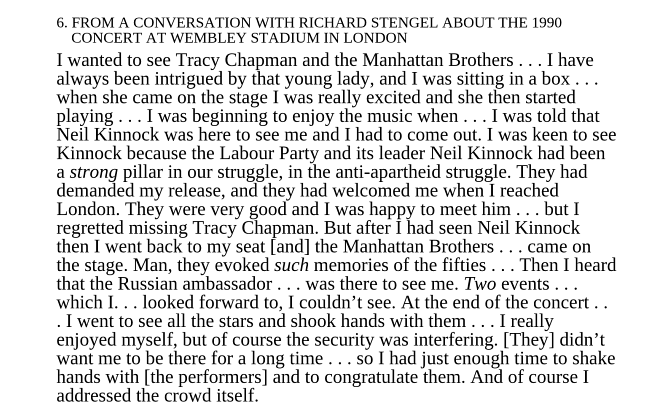 The Nelson Mandela 70th Birthday tribute concert, held at London Wembley Stadium in June 1988, was broadcast live to more than 600 million people in sixty-seven countries. It was hailed the international profile and respectability of ANC, increasing pressure on the apartheid government to release Mandela. The concert drew top performers and transformed the careers of emerging stars such a Tracy Chapman.

Tracy Chapman walked out alone on to the sidestage at Wembley Stadium at 3.05 in the afternoon, performed three songs (Why?, Behind The Wall, Talkin’Bout A Revolution); later, at 5.41, after someone had made off with a computer element from Stevie Wonder’s synclavier, she was importuned to go out again and perform a further couple of songs (Fast Car and Across The Lines). By the time she had finished, the slow build that had been accompanying the release of her album at the beginning of April had turned into a torrent. The Nelson Mandela Concert made Tracy Chapman a world star almost overnight. From 250,000 copies sold before the show, Tracy Chapman sold 2 millions records of ther Debut Album in the month that followed.

Here’s some of Tracy’s most memorable songs performed that day:

The 2nd concert called “Free South Africa” also took place at Wembley Stadium, London on 16 April 1990, only 2 months after Nelson Mandela’s release from 27 years in jail and was broadcast to more than 60 countries.

Mandela was on stage for 45 minutes, of which the first 8 minutes was taken up by a standing ovation. He called for sanctions against South Africa to be maintained and for people across the world to continue pressing for apartheid’s abolition. He also thanked the artist who gave him support through the decades :

“I would like to take advantage of this occasion to extend our special thanks to the artistes of the world who have, for many years, lent their talents to the common effort to end the apartheid system. We thank you especially for what you did to mark our 70th birthday. What you did then made it possible for us all to do what we are doing here today.” Nelson Mandela

Farewell Mister Mandela, the world has been better with you 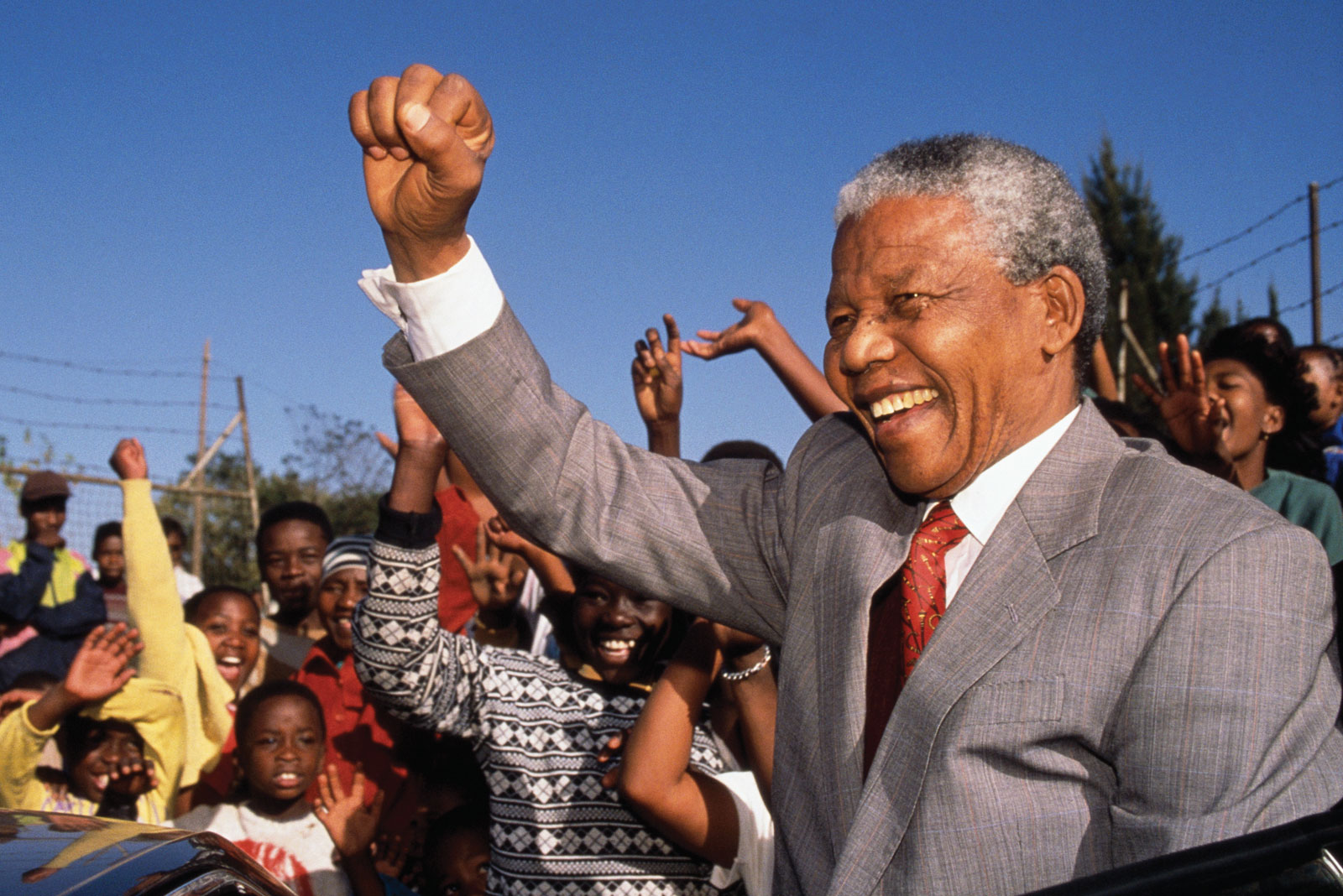