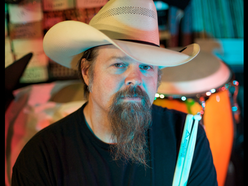 Jonathan “Butch” Norton is an American drummer. If he’s well-known for his work with the band Eels he quit in 2003, he also worked with artists like Rufus Wainwright, Lucinda Williams and Tracy Chapman! With Tracy, he toured in Europe and in the USA in 2003 to promote the album “Let It Rain”. In the podcast The Trap Set with Joe Wong from March 4, 2015, Butch talks about his collaboration with Tracy, listen to him or read the transciption

Listen to the Podcast

Read the transcription about the few words he said about his collaboration with Tracy Chapman:

Joe Wong: What was that experience like the Tracy Chapman tour? I’ve heard that she’s extremely picky?

BN: Oh yeah! She’s amazing, amazing woman, strong artist like Rufus, like E, like many artists I’ve worked with, they know what they want. Tracy knows what she wants, she’s erm, she’s funny, in the sense social things are hard for her, which is very common with great artists. But she would do, we would do, three, four hour sound checks everyday. She was meticulous; she could hear things no one else could hear. Which was fine with me if someone tells me what to do and they know what they’re talking about, I’m fine.

Like that song “Fast Car”, she would say, “Butch, play me that beat on Fast Car, you know the high hat and the side stick” (butch vocalises the beat).

She would go, “The side stick, the pitch is too high, lower the pitch”, so you would move the stick down or up to get the pitch higher.

So she would go, “now, move off the bead of the high hat stick and more on the neck, so it’s a little beefier”.

Then she’d go, “now lay off the bass drum, yeah right there like that”.

She could hear it. She would say, “Last night you played it like that, now play it like this…”

JW: So did that make you a better drummer, working with somebody like that?

BN: Well it always does, and I provided her with what she wanted.

JW: Would anyone else is the band get pissed off?

BN: Everybody, all the others.

JW: But you didn’t care?