Multi-platinum artist Tracy Chapman, 51, is known for hits such as “Fast Car” and “Talkin’ Bout a Revolution”. She has won four Grammy awards.

What was your childhood or earliest ambition?
To be a veterinarian — and have the world’s largest animal hospital.

Public school or state school? University or straight into work?
When I was at junior high, a teacher suggested I apply to an organisation called A Better Chance; I received a scholarship to Wooster School, a private boarding school in Danbury, Connecticut. Later, I was accepted at Tufts University, where I studied anthropology.

Who was or still is your mentor?
Various teachers over the years have taken on that role of encouraging and supporting me.

How physically fit are you?
Reasonably.

Ambition or talent: which matters more to success?
I’d like to think that it’s talent.

Have you ever taken an IQ test?
When I was a child. They asked me who discovered America. I said, “The Vikings.” They asked again and I said, “Christopher Columbus but the Vikings got there first.” For some reason they kept pressing me — it ended in tears.

How politically committed are you?
Very. It’s really important to be engaged in the positive changes I would like to see.

Do you consider your carbon footprint?
Yes. But when I’m on tour I have the carbon footprint of a Bigfoot — the planes and trucks. I have some solar panels but they don’t offset much.

Do you have more than one home?
I only consider one place home in the physical sense but I feel I have “mini-homes” in cities I feel connected to.

If you had a coat of arms, what would be on it? 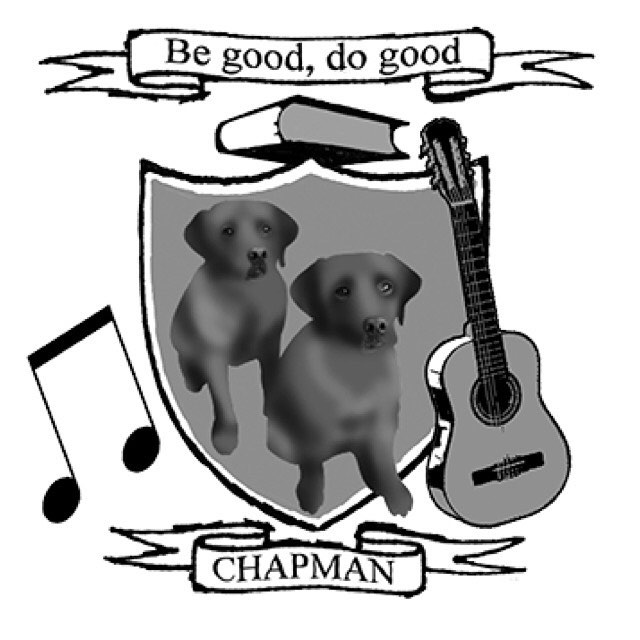 My personal motto: “Be good, do good.” I love dogs, they are loyal, brave and trusting, and my last two dogs were medium-sized brown dogs, so two of those. A book. I’ve always loved books: I was raised in the library, my mother would let me go there, she thought it was safe. A music note and a guitar.

What would you like to own that you don’t currently possess?
San Francisco, the beautiful city I chose years ago, is in a state of considerable change. If I could have anything, it would be to save it from the developers.

What’s your biggest extravagance?
I have a problem with stationery stores. I love paper and pens.

In what place are you happiest?
At home with a book, or at the beach, or on a walk with my dog in nature. Those are the happy places.

What ambitions do you still have?
Years ago, a manager asked me if there was something I had yet to do. I said I wanted to be on Sesame Street and I’d like to be a character on The Simpsons who was friends with Lisa. I made it on to Sesame Street but The Simpsons never came through.

What drives you on?
My curiosity and desire to make things, to be creative. That’s behind everything.

What is the greatest achievement of your life so far?
My education, for certain. Everything else in my life followed from the fact that I was able to go to college, that I received that scholarship early on, that it helped me escape from poverty and help my family.

What has been your greatest disappointment?
The general state of ruin in the world. When I was 16, I wrote a song “Talkin’ Bout a Revolution”. It was all about wanting to see a better world. I feel there have been glimmers of that but we’re in decline now, going into reverse.

If your 20-year-old self could see you now, what would she think?
That I’d done OK. She might wonder about the grey hair but I think she’d be happy. Maybe.

If you lost everything tomorrow, what would you do?
After feeling horribly devastated, I would start again.

Do you believe in assisted suicide?
Yes.

Do you believe in an afterlife?
I do not. We have to do our best by each other here.

If you had to rate your satisfaction with your life so far, out of 10, what would you score?
Seven and a half.