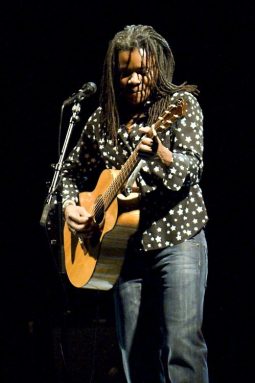 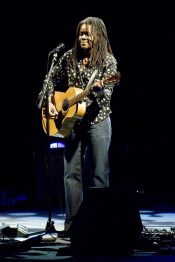 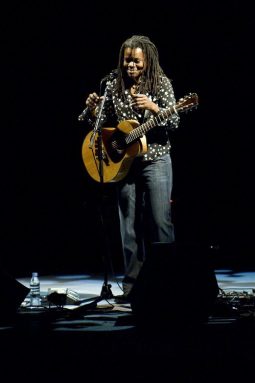 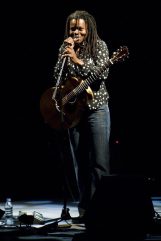 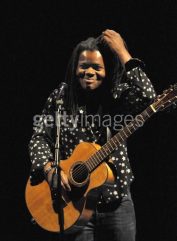 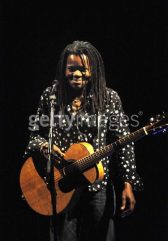 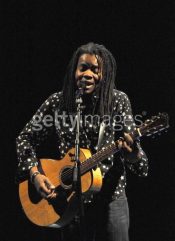 *
SETLIST
(Submitted by Rosemary May)

SET LIST:
Behind the Wall
Baby Can I Hold You
The Promise
Mountains O‘Things
Sing For You
In America
Save us All
Across the Lines
Subcity
I Did It All
House of the Rising Sun
Give Me One Reason
Fast Car
She’s Got Her Ticket (
Talkin’ About A Revolution
ENCORE:Bang Bang Bang
Hallelujah

With only one hit single to her name over here, it’s understandable that 20 years on Tracy Chapman is back to her solo busking roots. But two nights at the Apollo towards the end of a long European tour are hardly reduced circumstances.

A remarkably rabid crowd cheered her bare stage, plain clothes and acoustic guitar as though they were all made of fireworks. There was whooping at odd times, such as during Behind The Wall, an a cappella song about domestic violence, and more appropriately, when the persistently political singer praised America’s decision to put faith in Barack Obama. “Woo woo, indeed,” she said.

They seemed thrilled to be among the thousands experiencing an intimate, relaxed evening with an ordinarily shy performer. “I was just kind of marvelling at myself,” she said, remarking on her own chattiness in a surprisingly croaky, teenage boy’s speaking voice.

When she sang, her vocals formed an enveloping duvet, warm and familiar, even giving new soul to the overplayed The House Of The Rising Sun.

Her own overplayed tunes, from her huge-selling self-titled debut of 1988, remain adored to the extent that people were still shouting for Fast Car after she had played it. That song stood out of course, along with Baby Can I Hold You and Talkin’ Bout A Revolution but the time between did not drag when there was America’s underclass (Subcity), the racial divide (Across The Lines) and gun culture (Bang Bang Bang) to be covered.

The lack of band meant less power on new tracks such as Save Us All, which took evangelical Christians to task but the benefit was an obvious feeling that she was actually enjoying herself. Still having fun in your job, two decades since your peak, is an admirable achievement in any field.